This village is believed to have sprung up during the early Middle Ages, presumably as a small, defensive watchtower used to monitor what were important traveling routes of that period. In fact, Stroncone found itself bordering both the territory of the Longobard Duchy of Spoleto as well as territory under Byzantine control. The very name of the village derives from that of a Duke of Spoleto, Hugh, or Castrum Hugonis, which gradually distorted into “Castrugone”, then “Strungone” and ultimately “Stroncone“.
The earliest documentation of the village dates back to 1012, when Giovanni di Pietro donated to the Saint Simeon monastery his Stroncone estates, the houses and shacks within the Stroncone fortification, and his share of the Saint Angelo Church, then considered an oratory. 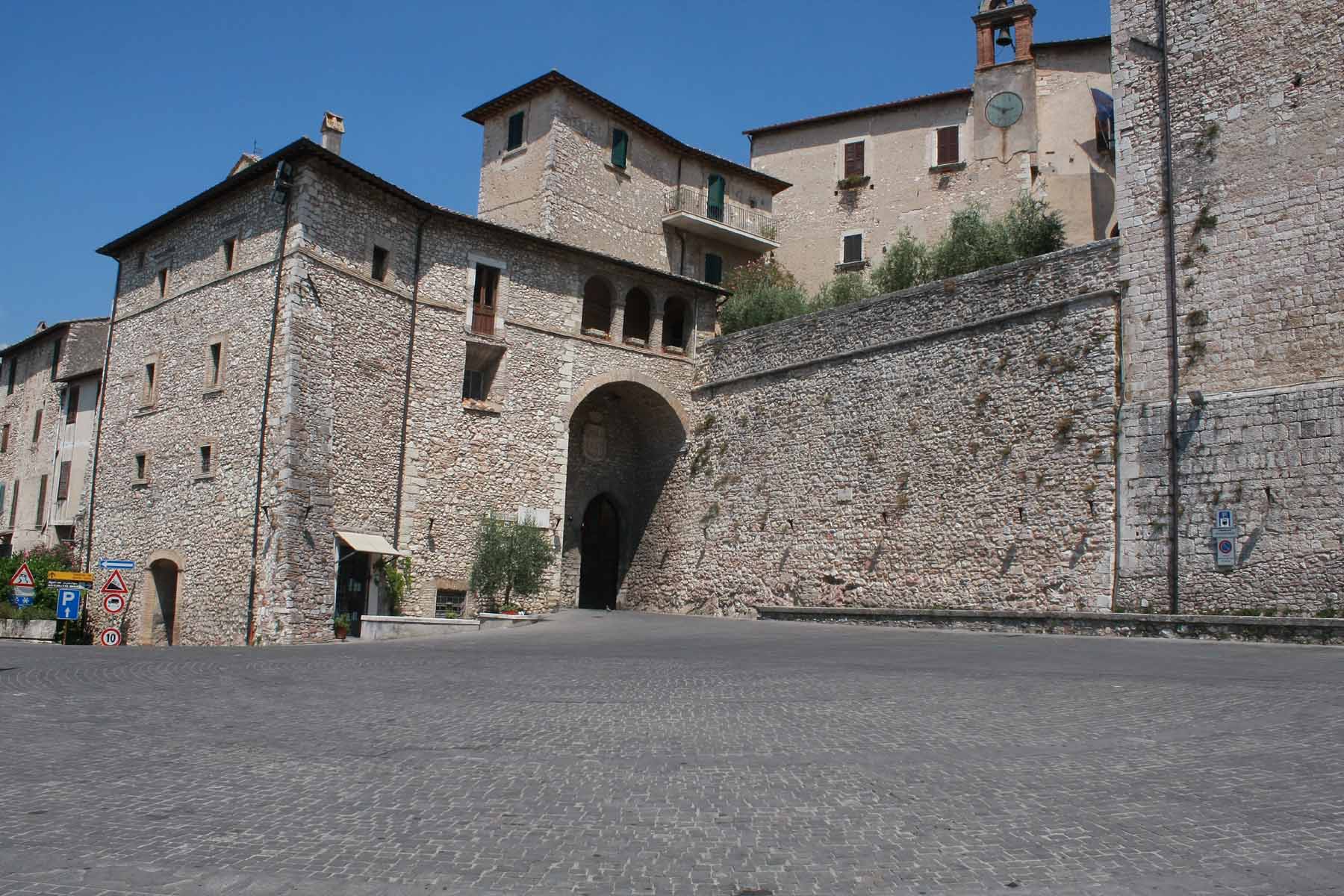 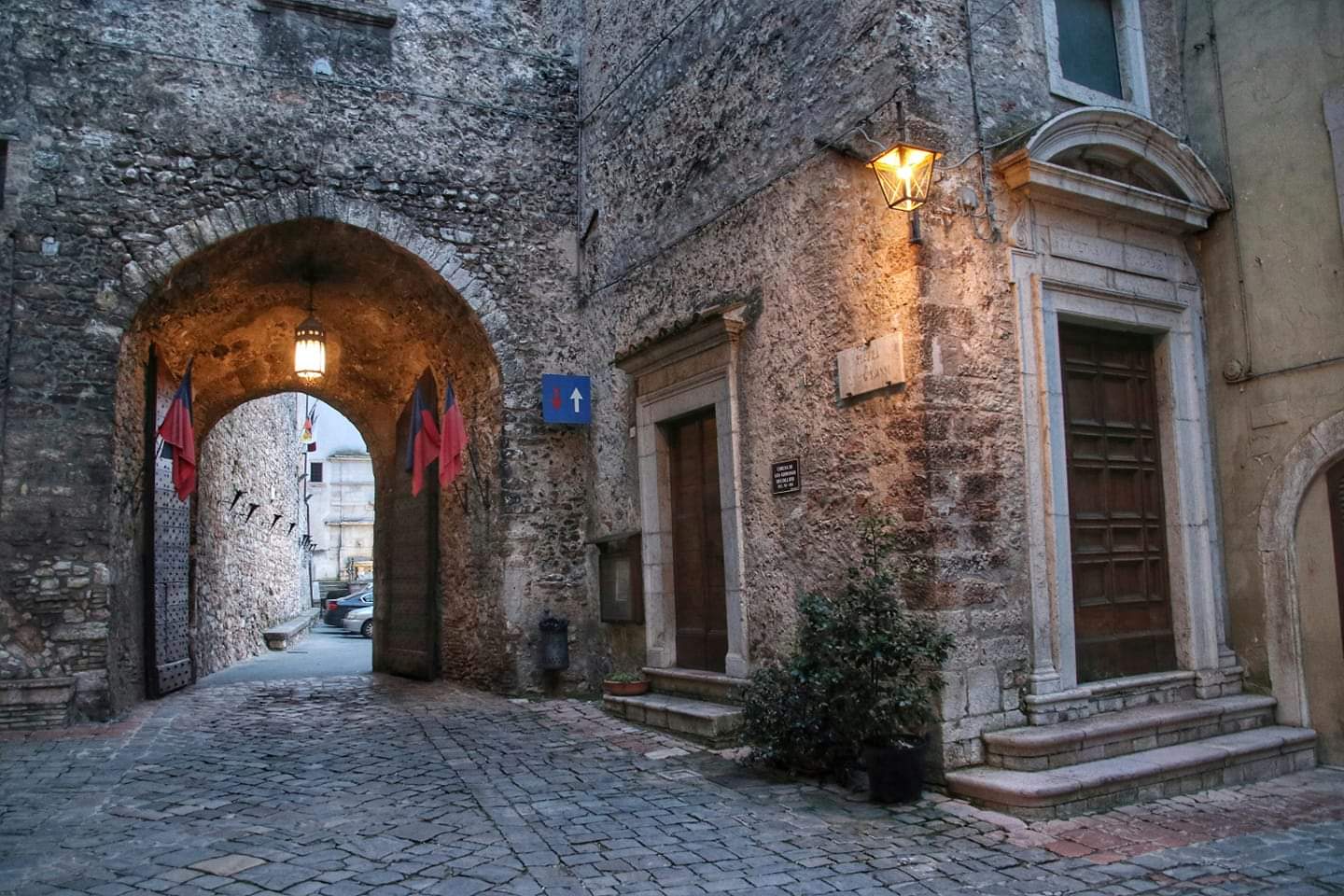 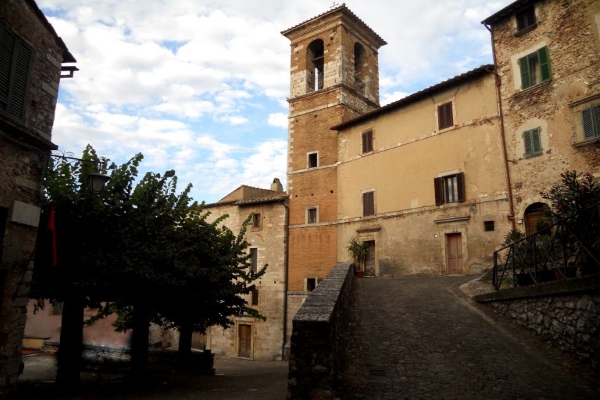 THE MONUMENTAL CITY GATES
Stroncone has succeeded in preserving its encircling walls and its three gateway entrances:

Porta Principale, originally with an exterior door opening onto Piazza Maggiore where you’ll find the Oratory of Saint Giovanni Decollato.

Porta Capraia or Porta di Sopra faces the mountains in the direction of Rieti, and leads out onto the garden roads, a typical agricultural field belonging to the adjacent houses.

Porta di Sotto or Porta Nuova, erected beside the Church of Saint Maria della Neve, stares out in the direction of the city of Terni.

FONTANA DELLE TRE TAZZE
Situated in Piazza della Libertà, this 16-century fountain “delle Tre Tazze” or “di Piazza della Libertà” features a central, triangular gable, two laterally-positioned dolphins carved in low relief, and three oval-shaped basins beneath an overhanging lion’s head; the epitome of a monumental fountain for its elegant and elaborate architecture.
It is believed that the fountain was completed in 1559 by two local masons, Master Pietro and Master Moretto. In 1880, the fountain underwent renovations resulting in the removal of its grand staircase, which was replaced with a water trough for livestock, still present today.

THE SQUARE
Pass through the entrance gate and admire the age-old walls and embrasures that reflect the pride and courage of the inhabitants of Stroncone. As if stepping into a medieval courtyard, you will come across the well and underlying cistern, which spans out almost to the extent of the square itself. The earliest evidence of the cistern dates back to 1395 when, during a council meeting, Pietro Lutii proposed building a fence to protect the local cistern. One could deduce the imperativeness of safeguarding the cistern water, as well as rectifying the danger it posed in the absence of a security barrier. It is likely that the cistern cited in this 1395 document was no more than a mere water-hole, and the construction of the cistern, still located in Piazza San Giovanni, only commenced between 1461 and 1469.
It is, however, known for certain that the pulley and chain were obtained in 1750 in Piazza Navona in Rome.